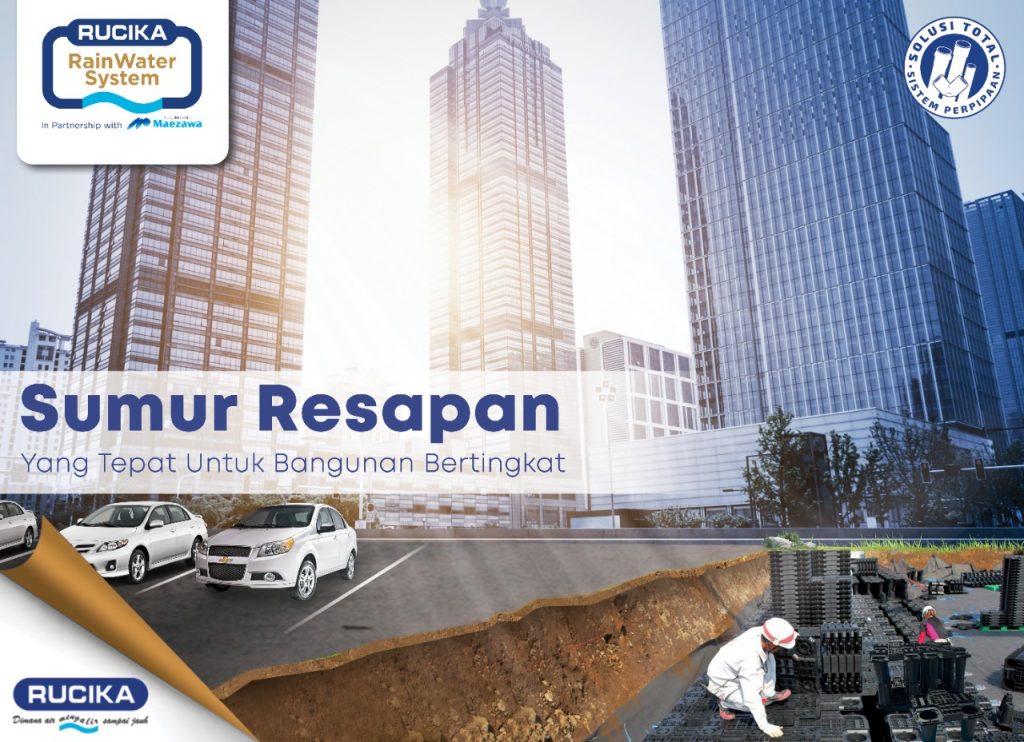 Several online media convey the news that there are still many high-rise buildings that meet their clean/drinking water needs from groundwater. Of course, we already know that overexploitation of groundwater will have a negative impact on the ground level. The lower the groundwater content, the lower the soil surface level. Floods that occur in big cities such as Jakarta, one of the factors is caused by the inability of the land to drain water into the sea because the sea level is higher than the land, then where are we going to drain it?

In addition, low groundwater content can also lead to seawater infiltration, so it is not surprising that areas adjacent to the coast will have a salty groundwater taste. There are still many negative impacts that will be caused due to the reduced water content in the soil, both in terms of health, social, economic, and others. There will be a very long domino effect of course if left unchecked.

Infiltration Wells Are the Best Solution

Regulation of the Governor of DKI Jakarta Province No. 20 of 2013 concerning Infiltration Wells is one of the government’s efforts to maintain the water content in the soil by requiring every building that covers a few square meters of land and applicants from using groundwater are required to build infiltration wells with a volume of several cubic meters. Through this regulation, it is implied that the DKI Jakarta Government in its development is not neglectful and still cares about the environment. But let’s think about it again, when two different high-rise buildings cover the same area of land but one of the buildings is four times higher than the other.

If this is the case, infiltration wells that are built efficiently using the RUCIKA Rainwater System will benefit. The owner/manager of high-rise buildings, the Government, and RUCIKA can work together to maintain the water content in the soil for the future.

Order Rucika’s Products with the DBO Application for Building Shops!